Ski touring under the stars

The Trapette; a hike in the middle of the forest that leads to the Croix de Lognan. A magical descent on the renowned Pierre à Ric ski run under the moonlight.

Program details
You will start at the ESF Lognan and Skin up the old itinerary of the Trappette, lost in the middle of the forest between spruce and larch. No less than 45 corners on the way up, which will help improve your conversions on the skis with 730m of elevation gain Once at the lognan plateau the magic operates, having the whole ski resort for yourself under the night sky. A little treat will we waiting for you before starting the descent on the famous Pierre à Ric, bringing you the new sensations of night skiing
Evening
1h30 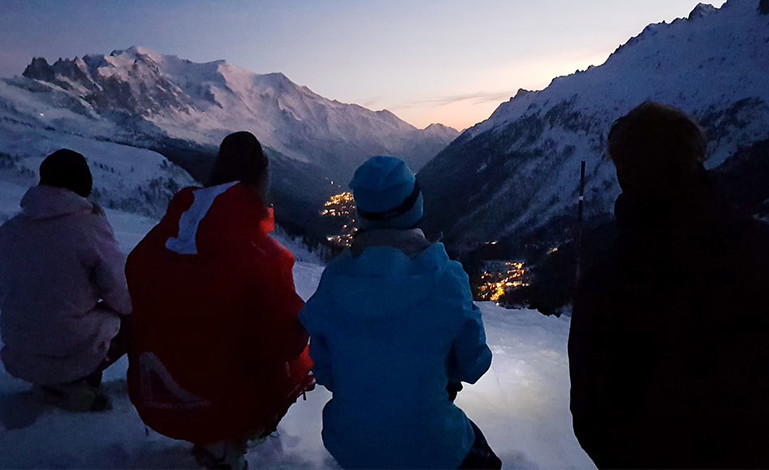 Equipment
Provided
To bring
Points of views
What the instructor say
“The feeling of being alone in the world. Ski touring at night in the middle of the forest being focused on what we are doing and listening to the nature; An indescribable sensation. And then the view from the plateau and the calm on the ski slopes”.